In 2018, The City of Olive Branch filed a lawsuit in an attempt to annex 41 square miles of unincorporated DeSoto County, including Bridgetown.

The DeSoto County Board of Supervisors, along with the City of Hernando, and numerous individuals from Bridgetown and Lewisburg, objected to the massive annexation sought by Olive Branch.  On April 5, 2021, after an eight-day trial, Chancellor Percy Lynchard ruled that while there was a need for Olive Branch to expand, the extent of the annexation was not reasonable.

Chancellor Lynchard reduced the area sought by Olive Branch and allowed the annexation of only 18.6 square miles.  The court found Olive Branch would not be providing any additional or beneficial services, “the Court finds that generally the area is not in need of the fabled municipal level services which can be provided by Olive Branch, and accordingly… weighs against annexation.”

The impact of annexation on fire protection was another factor.   “As to Bridgetown Graded Fire District, the removal of (Bridgetown and adjacent property) to the City would eviscerate the District from its largest, most populous area, including its own fire station.”

You can read the annexation decree here. 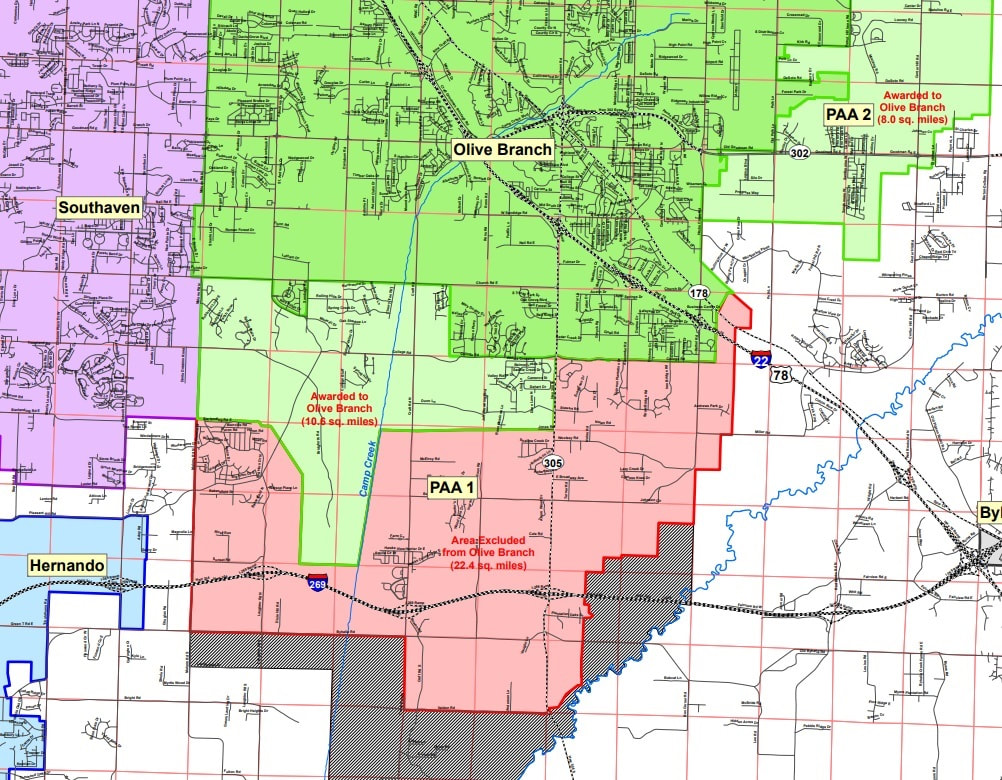